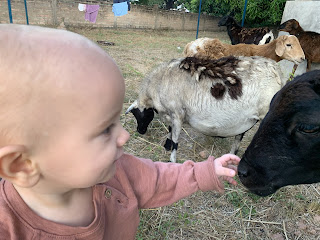 His cry pierced the silence of the night. At that time, several months ago, our little son Elijah was normally sleeping through the night. I waited a minute, but his cries did not abate, and so I pulled him out of his tent pitched at the end of our bed. Instantly, I knew he was warm, too warm even for a humid night in rainy season in Chad.  I nudged Gabriel awake, and he found the thermometer. 39 degrees Celsius. Fever. My baby has a fever. And I’m in Chad. Warning bells went off in my head and fear gripped my heart. I had known this day would come, I knew sooner or later he would get malaria. This was his first time, though, and I was nervous.  I slathered his Malarone pill in peanut butter and Gabriel shoved it down his throat. After nursing him, finally he fell back asleep. The next few days were marked by fever, fussiness, and fervent prayers. The majority of local families have lost a child to malaria and even missionary children have died in this land of malaria.  At times I fe
2 comments
Read more 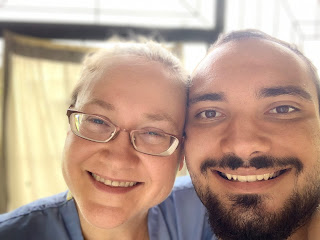 The day I tried to cook with the moldy garlic was the day we decided I had to switch to the higher prescription glasses I had been refusing to use the last few years. My old scratched and outdated ones just weren’t doing the job for these extremely myopic eyes. They weren’t helpful enough for quickly seeing the apex of a uterine rupture or getting all the little donkey hairs out of the donkey bite wound. Thankfully, though, prior to the switch of my glasses, the old glasses were enough to still see the clear blue eyes of my little strawberry blonde boy who just celebrated his first birthday yesterday. His blue eyes gleam and he lets out a little squeal when he catches sight of something he wants to play with, like the bucket of peanuts or the can opener. Toys have little interest for him these days. But a toy, a very specific toy is just what one little girl wanted. She asked the nurse midwife for a doll. The nurse midwife told me that she herself didn’t have a doll, and she knew I pro
1 comment
Read more 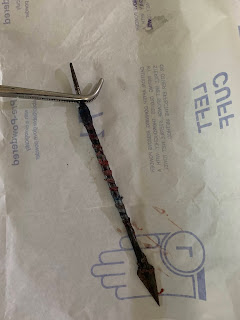 I was exhausted from the previous weeks of figuring out how to take care of both my newly expanded family and all the hospital duties - inpatient medicine, pediatrics, obstetrics, urgent and non urgent consultations, ultrasound interpretations, xray interpretations, administrative duties. I wanted a contrast - a contrast from the long nights in the OR trying to stop the flood of blood from a postpartum hemorrhage or in the obstetrics ward watching an oxytocin drip on a patient with stalled labor. The furnace of hot season started blasting forth its fires making both our energy levels    and the glasses on my sweaty face slip off. I wanted a contrast. A contrast from the world of brown - brown dirt, brown skies, a weather forecast that said “dust.” The greatest contrast I could think of from Chad was northern Finland - Lapland. So we left Chad for a three hour tour, or well, in our case, a two week vacation. In a matter of a few flights, we were transported to a world of white - a wor
Post a Comment
Read more

Under the Mosquito Net 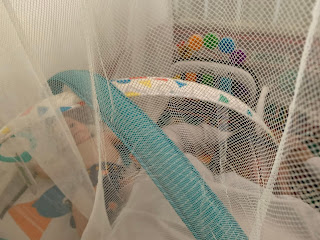 Under the mosquito net Three years ago I received the official “call” to be a missionary doctor in Béré, Chad. Two years ago, my handsome Brazilian boyfriend joined me in Chad for my first month to help me get settled in. One year ago, that handsome Brazilian came back with me as my husband. This year, we brought our little son with us. I would never have imagined, three years ago, how much God would have blessed me as a result of being here. Our little son, Elijah, spends the majority of his time underneath the mosquito net. Sure we take him out for baths and walks, but sleeping, nursing, and playing are most frequently done inside the protective covering of our mosquito nets. (Thank you US government for donating them to this country so that we could buy them in the market for a good price.) Every month that passes, I breath a sigh of relief as he as grown a little older and a little stronger for the time which will inevitably come when he contracts a tropical disease.
1 comment
Read more 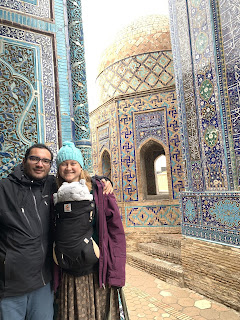 We called her over a month before our already-booked flight to confirm she would be present in clinic. The OB/GYN for our airline out of Africa verbalized that the 36 week gestation limit for travel was correct and that we could have a consultation in her office the day before flying home to the US to obtain a letter of permission.  The reason for the inquiry was that our colleague missionary with much personal pregnancy experience had been illegally detained at the airport in N’Djamena some years ago. She was prevented from flying because she appeared greater than 27 weeks gestation and the airport refuses to let women fly after that time. So I breathed a huge sigh of relief after the phone call with the doctor and continued to work here in Béré during the summer.  My pregnancy passed uneventfully in Béré, except for a bout of malaria at 28 weeks. I feared for the baby when my fever reached 103.6 but mercifully I defervesed quickly. We were immensely thankful it was the fi
Post a Comment
Read more 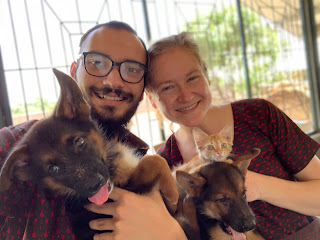 Today Linguisa (aka Little Link as the name means Portuguese small sausage) died. He was the baby in our house (aka kitty kingdom). Gabriel found him about two months ago dirty and flea-covered wandering around the compound. So he took him, cleaned him, fed him, and then Linguisa followed us like a shadow incessantly. He was never content unless he was by our sides and even just last night spent quality time with Papa Gabriel in front of the charcoal fire watching the beans cook and the bread rise. But then we think he took a fall of death. You see, we don’t have normal tranquil kitties. We have gangsta kitties who are not content to just hang out on our spacious back porch. No, several of them busted a hole in our screen and escaped. We patched it with more screen and then cardboard but still those gangsta kitties would bust through. But Linguisa wouldn’t escape for the outside, no, he would scale the screen to the top of the metal roof and then climb into the 10 inch space
Post a Comment
Read more 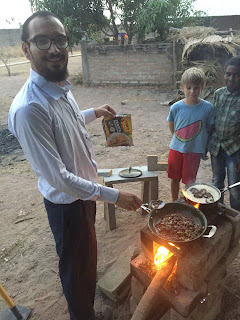 They pulled her out of a rusty old pickup truck. She was clearly of the more well to do class given she didn’t come in on an ox cart or motorcycle like the majority of our patients unable to walk. The family carried her out of the vehicle using a blanket as a stretcher and deposited her on the gurney. Since she looked only half cognizant, we brought her straight to the OR. I started barraging the sister with questions and leafing through the carnet as the nurses started IV lines. She was supposedly 8 months pregnant and was transferred from a hospital at least 4 hours away. The reason for referral was, according to the sister, that they did not have a cesarean kit available for the patient. As I looked through the carnet I saw she was admitted 17 days previous with a blood pressure of 210/120. And there she stayed for 17 days being treated with oral antihypertensives, some of which are known to be contraindicated in pregnancy. Then two days prior to her transfer, she was give
Post a Comment
Read more
More posts

For the Healing of the Nations